Gaps between political decision-making processes and citizens has become increasingly visible in Europe, particularly since the EU?s post-Millennial economic, political and security crises. In addition, general distrust of politics has been exacerbated by populist and neo-nationalist political forces that interpret the pluralistic and agnostic nature of democracy as a weakness.

These and similar tendencies could have grave consequences through a further erosion of multicultural conviviality and social cohesion in Europe. Nevertheless, populism and political disaffection on a more general level are being met by counter currents of local political activism and an increasing consciousness of the political role of social movements in cities and urban areas. Cities have emerged as vital political arenas for the development of the European public sphere and the promotion of inclusion, social agendas and active citizenship. In addition, different forms of citizen participation have started to transform governance cultures of several large European cities, taking active roles in local elections, and becoming part of local political structures, from Paris to Istanbul. Based on several case studies and pilots of governance innovation initiatives we will investigate the ways in which social movements coupled with local government reform initiatives create momentum for political change that include more inclusive and participatory forms of governance.

In EUARENAS we will target the following:

1) the ways in which these practices emerge, the main actors, the strategies, methods and digital platforms they develop to attract attention and how they appropriate urban spaces, 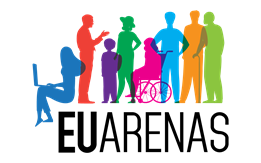